There's a Difference Between Resolution and Happiness 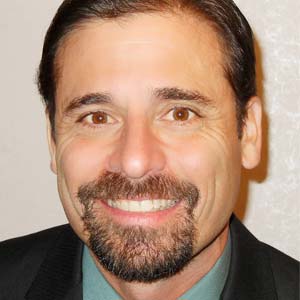 Having been in the insurance and enterprise solution worlds for more than 30 years, people assume I will instantly understand every insurance carrier’s claims process. Most of my industry friends have had this same experience:

A friend, neighbor, or even distant LinkedIn connection will call, and the conversation begins with “Hey, I was in an accident, and…” followed by one or more of these questions/concerns:

Most of the calls I get are where the accident is the fault of the other driver, so there are multiple parties and insurance carriers involved, and of course there’s a mix of personal injury, no-fault and limited-tort issues at play. Even with the most patient person, it doesn’t take too long to get frustrated, and eventually angry, with the resolution process.

Let’s look at an example. It’s a Friday night accident, where an out-of-state vehicle makes a last-second left turn from a middle lane, turning across multiple lanes to make his turn. Of course, the car to his left, which was going straight and following the traffic laws, ends up hitting the large vehicle that suddenly appeared in his traffic path.

Both drivers get out to assess the damage. 911 is called. The police respond. Information is exchanged, and the out-of-state driver admits liability at the scene.

But remember that it’s Friday night, and all that is provided at the scene is an incident reference number and a website link, while the likely-totaled vehicle is dislodged from its out-of-state partner and ends up towed to… somewhere.

Following a trip to the emergency room “just to be safe,” our claimant logs into the police website to get the police report, only to discover that it takes up to 72 business hours for it to be available.

Despite that, our still frazzled insured logs into his Insurance Company’s website to report the incident, but, since there are no incident details, is unable to confirm the notice of loss submission or find out any next steps.

This is when I get the call: “Why does my insurance company make this so difficult?”

Note that this isn’t about resolution. It’s purely about process. The customer gets frustrated because of a lack of understanding of how the process works, because he or she (hopefully) doesn’t go through it often enough to be an expert. Meanwhile, the onus is on the customer to figure out what he or she needs to do next.

At this point, is it any wonder why satisfaction with the process is so hard to come by, let alone happiness with a service provider’s service levels?

It only gets worse when the lawyers call to follow up before the insurance company does, as the insured wonders how the lawyer has a copy of the police report that the insured is still unable to get from the police website.

So that’s what I deal with on a regular basis, acting as a representative for the entire insurance industry during a stressful time where people I care about are feeling most vulnerable. I try to explain that these initial steps are not the fault of the person’s insurance carrier, since the incident details are not yet available and so there is little for the adjuster to do until all the details are available.

But is this the best the industry can do? Forcing people to reach out to someone—anyone they know—who works in the industry to figure out what’s going on?

I used to think so.

But… what if—once our insured reported the incident—he or she immediately received a call from a human voice assistant that advised him or her on the next steps in the process, and gave them the opportunity to receive updates as the claim changed status? What if they could get notified via phone, text, or even ask Amazon Alexa for the status?

What if that call came in regardless of day of the week, whether or not it was a holiday, and gave the insured the opportunity to choose to interact directly with his or her carrier, rental car company or restoration provider with the touch of a button?

What if we changed the onus of keeping our customers informed, proactively notifying them about what’s going on, instead of leaving them to feel unsure until they get frustrated enough to call in themselves and deal with VRUs and waiting on hold?

It would transform the claims experience, turning it from a stressful nightmare into an understandable process. And it would—correction, it DOES—create raving fans.

It’s time for insurance carriers to focus less on simply resolving claims and more on making customers happy about their customer experience and confident in their choice of insurance company.

Let’s talk about how SPLICE makes this happen. Because I’d rather hear from my friends and family when things are good—not just when they need someone to talk to about their insurance frustrations.